Over 33 years ago, Janet Snyder and her husband Jim were driving in Minneapolis when they were hit by a drunk driver.  Jim and the drunk driver were killed and Jan was severely injured.  She was in a coma for five weeks and in the hospital for seven months.  For three years she needed 24-7 care and was told she would never walk or function in anything close to normal. 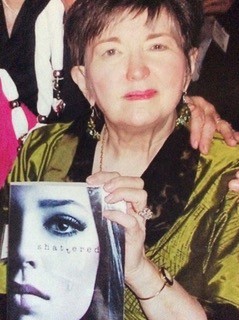 Jan’s body was broken, but not her spirit.  She had a strong will, a great sense of humor, and an exceptionally positive attitude under extremely difficult conditions.

These assets allowed her to re-learn to walk, talk, feed and dress herself.  Finally, she was able to live independently and get a driver’s license. Although her seventh cranial nerve was severed in the crash which caused difficulties with speech and swallowing, she was able to read and write with the aid of a computer.

For the October 2012 newsletter, I wrote about a novel published about Jan’s life, entitled “Shattered.”  Jan was very involved in writing this book. I noted that she is an illustration of the cost of drunk driving.  The cost for 24-7 care is huge and the impact on family, friends and business is enormous.  Clearly, we need to do more to prevent situations like Jan’s.

This month the Center for Alcohol Policy issued a white paper on drunk driving by J.T. Griffin, former head of MADD’s government relations and communications department.

For 13 years, he helped MADD achieve success in federal and state measures that helped reduce drunk driving.  But he said, “Unfortunately, progress on reducing drunk driving deaths has stalled. In 1994, 13,390 people were killed in drunk driving deaths. That number held steady until 2008 and reached its lowest point in 2011 with 9,865 deaths. After 2011 deaths began to rise again and have been over 10,000 each year since 2015. Early estimates from 2020 predict a 9 percent increase over 2019 deaths, a clear indication that there is still much work to be done.”  He notes that current federal funding is working on technology for new vehicles that could really make a dent in drunk driving.  These passive measures would be seamlessly integrated with the vehicle and would be able to detect impairment and stop drunk driving before it even starts.

We need to do more so that no one has to experience the difficulties faced by Janet Snyder for over 33 years.

“Legislative History of Drunk Driving in American”, by J. T. Griffin, published by the Center for Alcohol Policy, accessible at