Retailers in several states want to be able to sell alcohol products and ship them to customers throughout the country like wineries do in many states.  Some have filed unsuccessful lawsuits claiming that, due to recent court rulings, states must allow out of state retailers to deliver alcohol if they grant that privilege to in state licensees.  But, at the present time, there is no way to do that without giving out of state retailers a major competitive advantage.

There is a vast difference between a winery and a retailer.  The delivery privilege for a winery means they may only sell, ship and deliver their own wine product.  They can’t ship other businesses’ products.  Retailers are quite different.  They sell an array of products from many different businesses.

In the United States, alcohol regulation is primarily state-based, thanks to the 21st Amendment to the US Constitution.  Each state has developed extensive regulations to license businesses designed to manage the alcohol trade in a way that protects the public and prevents the marketplace excesses that led to major social problems before Prohibition.  Each state has a licensing system for alcohol sales that is extensive and usually involves inspection of the physical premises, approval of the operation/floor plan, and background checks of owners and managers.  Some states allow local governments or neighborhoods to have input in the process as a collaborative effort where all parties are supportive of the outcome.

This process would not be feasible for out of state entities, if for no other reason, than states don’t have the resources to travel throughout the country to inspect all licensed out of state premises or to check on compliance as they do with in state licensees.  Further, it is unclear exactly what authority a regulatory inspector would have when operating out of state.  There is a federal license for wineries and violations of state law risk the entire winery’s business.  There is no federal license for retailers and states do not have any help policing retailers for direct shipping violations.(See TTB’s Direct Shipping Notice at: https://www.ttb.gov/publications/direct-shipping) 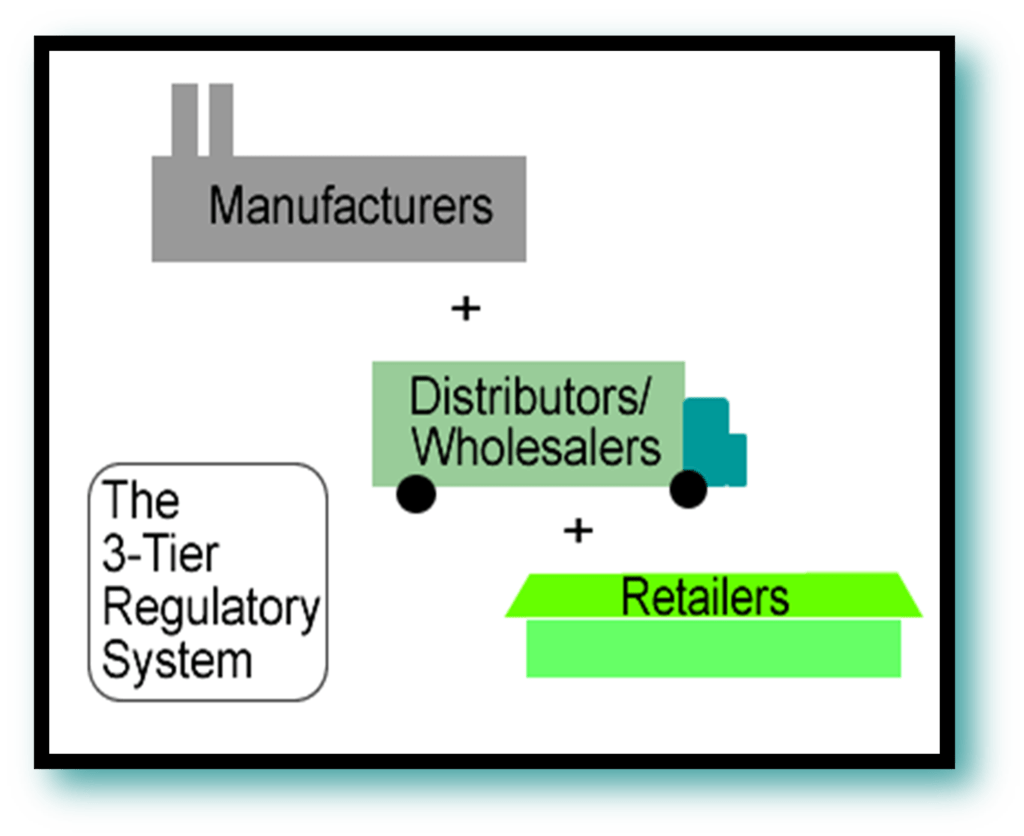 Business practices tying companies together are generally prohibited.  An example is an arrangement where a bar will get a lower price if they agree to sell only a particular supplier’s products (known as an “exclusive” arrangement).  Other trade practice regulations are designed to curb practices that increase consumption, and subsequent problems.  For example, some states require a wholesaler to offer their products at the same price to all businesses or ban the sale of products below cost.  These regulations are designed to prevent very low prices that may be favored by heavy or underage drinkers.  Again, how would a given state enforce these regulations on out of state licensees?  Likely, they would not be able to.

Advocates for out of state retail delivery want the same privileges that many wineries currently have.  According to the advocate organization, Free the Grapes, 46 states allow wineries to deliver to out of state customers (some have restrictions).  But there is a vast difference between a winery and a retailer.  The delivery privilege for a winery means that they can only ship and deliver products made by their own winery.  They can’t ship other businesses’ products.  Retailers are a very different business model.  They sell an array of products made by many different businesses.  Because wineries are only allowed to sell their own products, some trade practice regulations don’t apply.

Public officials must remember that alcohol is not an “ordinary commodity” due to the harm it can cause.  Therefore, alcohol regulation is a carefully designed balancing act. Its primary purpose is to protect public health and safety.  But it must also allow both large and small businesses to operate profitably.  In crafting regulations, public officials are mindful of alcohol’s harm to citizens.  Indeed, the Gallup Poll reports that 36% of people surveyed in 2019 said that drinking had been a cause of trouble in their family.  And, as the CDC reports, alcohol kills 95,000 of our citizens annually.

While delivery to homes has been a major sales practice during the pandemic, there have been major compliance issues accompanying the delivery of alcohol as documented in a short report on small suppliers (available at healthyalcoholmarket.com).   Most states that allow such delivery have developed specific regulations such as licensing, labeling the package and checking ID to ensure no sales are made to underage youth or intoxicated persons.  Those states that have checked on compliance have found widespread violations.  In fact, they found that delivery regulations are generally ignored.  A recent example is the state of Michigan that discovered two out of state companies shipping into Michigan illegally.  They sued and entered into consent decrees which involved substantial fines. 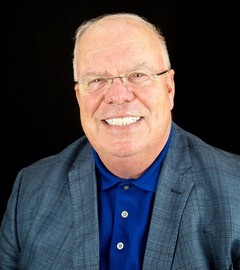 Allowing delivery from out of state may require additional spending to ensure that tax collections and enforcement are adequate.   For in state sales, the retailer uses the state’s sales tax system and the wholesaler collects the excise tax. Recently, states have become concerned about tax collections.  For example, the state of Texas announced its intent to audit licensees holding out of state direct delivery permits (which number over 1,600).  Several auditors were employed to conduct the review of records.  Some states have expended resources on training delivery drivers or conducted special compliance missions.  These activities represent new additional costs.

Given the risks, costs and damage to current regulatory systems, it is hard to understand the need for allowing out of state retailers to sell and deliver directly to customers’ homes.  If customers desire hard-to-find products, there may be other ways to acquire them.  Local retailers may have a “special order” process and some delivery companies may work with a local retailer to help supply products.  States would be wise to not rush into granting privileges that may upend their local markets and disadvantage local businesses.  They might want to “make haste slowly” as a former alcohol regulator recommended a recent essay.

“A classical adage attributed to Augustus is ‘Festina Lente,’ which means to “make haste slowly.” 28 Governments had to react quickly when Covid-19 showed up at our doorsteps, but a “Festina Lente” approach should be taken when deciding how to best recover from this crisis to ensure additional and unintentional negative consequences do not occur concerning alcohol beverage sales and consumption.”

Patrick Maroney, “Crisis deregulations:  Should they stay or Should they go?  An essay on a Current Alcohol Industry Dilemma (June 2020) available at www.centerforalcohopolicy.org.

Gallup: Substance Abuse Hits Home For Close to Half of Americans

CDC: Effects of Drinking Alcohol on Your Health

*Photo and quote of Pat Gagliardi used with permission.