Massachusetts could be Washington all over again

A Massachusetts ballot initiative could repeat the problems that arose in Washington state when a single company bought a ballot initiative. Aside from the implications for democracy when corporations are allowed to solely write laws, this ballot initiative could potentially affect all of the state’s residents, whether they drink alcohol or not. The “Massachusetts Beer and Wine in Food Stores Initiative” that could go before voters in November seeks to change the way alcohol is sold in the commonwealth. If passed, it would create an additional license type and remove limits on the number of licenses that can be owned by a single entity thus centralizing greater economic power in the retail tier.

Since the passage of the Washington State Initiative 1183, the promises of lower prices, greater variety and more state revenue have not materialized.

Currently the Commonwealth of Massachusetts limits the number of off-premise licenses that a single company can own. The “Massachusetts Beer and Wine in Food Stores Initiative” (#19-14) seeks to increase the limit each year, phasing out all limits by 2024. Cumberland Farms, a convenience store chain with 206 physical locations in Massachusetts, now owned by a British equity fund, wants to create a new license type. The “Food Stores” license would allow sales of alcohol in more of their convenience stores. Alcohol is already sold in package stores and grocery stores in Massachusetts.

The argument that customers want the convenience to purchase alcohol at more locations is not borne out by national opinion surveys conducted regularly by the Center for Alcohol Policy. In the most recent survey, 90% of respondents said, “In my community, it is easy for adults to find a wide variety of beer, wine and liquor.”

The Centers for Disease Control and Prevention recommends that outlet density be considered a public health matter because data shows a clear connection between more outlets and more alcohol-related harm. Less than half of the population regularly consumes alcohol but the entire population bears the burden from alcohol harm. Areas that have more outlets often have more alcohol-fueled violence and other crimes, and worse health outcomes for residents. An increased number of outlets would also add to law enforcement and regulator’s responsibilities. To license all of Cumberland Farms 206 stores would mean background checks, inspections and other enforcement actions. 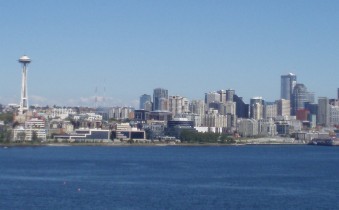 In Washington state, the ballot measure was written by the Costco Corporation, which spent over $20 million dollars to promote it. Costco also spent many millions on a previous failed ballot initiative, litigation against the state and lobbying in the state house. Ads before the election made claims that prices would be lower and much more revenue would be generated for schools and emergency services. Since the passage of Initiative 1183, the promises of lower prices, greater variety and more state revenue have not materialized. Prices for hard liquor increased from a bottle average of $24.96 in 2012, right before the deregulation, to $26.88 in 2019, the highest in the nation. In a story for a Spokane, Washington TV station, a reporter checked varieties of bourbon in Washington grocery and liquor stores versus Idaho state stores. They found a very limited variety in grocery stores such as Walmart and Target where there were 12 varieties, versus 51 in former state liquor stores, and 76 in the Idaho store. Total Wine did beat everyone with 168 varieties. So, unless you live near a particular store that carries a wide variety, overall convenience has not increased. But the biggest change is in state revenue which was $773.87 million right before the privatization with the state store model. The most recent year for data is 2018 where $463.58 million was collected.

Cumberland Farms, the company that put forth the initiative, is now a foreign-owned company based in the UK. In writing the 21st Amendment that ended Prohibition, Congress gave the primary responsibility to the states to regulate alcohol. This is a recognition that when alcohol problems occur, they are manifest at the local level; expecting the federal government to weigh in is not likely practical. Cumberland Farms has a recent history of filing lawsuits to thwart local governments. Last year they sued the Boards of Health in six Massachusetts towns over restrictions on selling flavored cigarettes and flavored vaping products– products that are often marketed to youth. These kind of legal challenges to basic public health measures are very expensive for cash-strapped localities to defend.

Another problem with alcohol being sold in many locations is the influence of alcohol advertising on youth. Companies are able to advertise to children who happen to be in stores. And we know that companies are advertising to youth with sweetened, high-alcohol flavored drinks in colorful packaging with edgy graphics—products like the one that contributed to the death of 15-year old Athéna Gervais (September 2019, newsletter).

The presence of more alcohol products in more outlets also creates the possibility of shoplifting by youth and problem drinkers. Shortly after the initiative passed in Washington, making liquor more widely available, there were news stories about liquor being shoplifted. Neighbors near grocery stores found security caps, meant to be taken off at the register, littered around, making it obvious that the bottles were not paid for. But stores were not required to disclose how much alcohol was being stolen and stores have instructed employees not to confront thieves so data was not available to law enforcement or public health advocates.

After the ballot measure passed I visited a Costco store in Washington. Cigarettes were sold from a fenced-in section where identification was checked.

Conversely, alcohol was out in the open, near other products including bicycles. A Washington Safeway I visited had shelves full of liquor just 10 paces from the doors. A quick run through the produce department and a shoplifter would be home free.

We need to ask these questions: Should we be allowing single companies to write laws that will increase their profit margin, but cost everyone else? What happens when the funder’s promises are illusory. Should companies that are not based locally have so much control over local law? Should the convenience of a small number of adults be at the expense of the public at large?

Hopefully, the citizens of Massachusetts will closely examine the issues and learn from the Washington experience with ballot deregulation.

Cumberland Farms is pushing a ballot question to lift limits on alcohol sales in Massachusetts
https://www.boston.com/news/politics/2019/08/09/cumberland-farms-ballot-question-massachusetts

Debate has erupted over an initiative petition that would let more Mass. stores sell wine and beer.
https://www.boston.com/news/policy/2020/02/11/petition-expand-stores-sell-wine-beer-what-to-know

Private Liquor in Washington state: Are we better off?
https://www.krem.com/article/news/investigations/private-liquor-in-washington-state-are-we-better-off/293-9e52bbef- 3087-4e46-a5a7-d5dc7324d9af