Maximum Capacity and the Problem of Crowding in Bars

Alcohol regulators are well aware that crowded bars can be places where violence and intoxication often occur. But they may not know how enforcement of capacity limits can help maintain public health and safety. We’ve heard a lot about maximum capacity lately. Governments have restricted businesses to operate at less than full capacity such as 25% or 50% in order to prevent the human contact which can transmit viruses and germs. But the original purpose of capacity limits was to prevent fires and facilitate escape if a fire occurred. It turns out that the fire code can be an important tool for a variety of purposes. Paying more attention to capacity could help prevent fires, violence and virus transmission. Let’s look at each of these more closely:

Fire Prevention: No doubt the fire codes have been effective, as fires in bars and restaurants don’t happen often. But they can happen quickly and the loss of life and property can be high. In setting the maximum capacity for a building or business, there are two primary considerations: the intended use and the number of exits. So, a bar with a dance floor and no tables and chairs will get a higher capacity than a restaurant where all patrons are seated. For exits, they must be marked and the doors should open to the outside to prevent bottlenecking when customers must leave quickly.

Failure to abide by the fire code provisions can have dire results as happened on February 20, 2003 at the Station nightclub in Rhode Island. That night a band featured a pyrotechnics show. Almost immediately, fire was ignited on the acoustic material near the band. Within two minutes the place was filled with toxic smoke and in five minutes, the premise was completely engulfed. The fire killed 100 people and injured 230.

I was able to interview Patrick Lynch, a Center for Alcohol Policy Advisory Member. Lynch was Rhode Island’s Attorney General at the time of the fire. He said it was the perfect storm where everything that could go wrong went wrong. While there was some contest to the volume in attendance, prosecutors cited the maximum capacity as 404 and stated that at least 462 were in the building when the fire began. The acoustic material and glue used were both flammable. While the premise had four exits, they were not all marked with lighted signs and most attendees used the front door. It quickly got bottlenecked.

A video taken from inside the club by a local news-station and other evidence presented illustrated that a person had approximately one minute and thirty seconds to get out or they would perish.

Lynch stated that no one intended harm, but that just a little more vigilance on everyone’s part could have meant a different outcome. 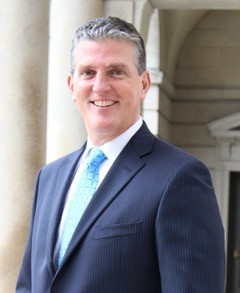 Ironically, 12 deaths occurred just days before at the E2 nightclub in Chicago. It was very crowded with over 1,000 patrons when a fight broke out and security guards used pepper spray. Panic ensued as people shouted there was toxic gas. All those who died experienced asphyxiation due to the compression involved in trampling.

Bar Violence: A large, crowded bar where alcohol is liberally served is a well-known scenario for problems of violence. In their publication “Assaults in and Around Bars,” authors Michael S. Scott and Kelly Dedel analyze the factors which contribute to bar violence. The list is long and ranges from a “culture of drinking” to “low levels of police enforcement and regulation.” One of the factors is “Crowding and Lack of Comfort”. Here is how they describe this factor: “Poor ventilation, high noise levels, and lack of seating make bars uncomfortable. This discomfort increases the risks of aggression and violence. Crowding around the bar, in restrooms, on dance floors, around pool tables, and near phones creates the risk of accidental bumping and irritation, which can also start fights.” (See Scott and Dedel, p. 8) It should also be noted that we’ve known about these factors for a long time. The Second Edition of this publication was produced by the Office of Community Oriented Policing Services (COPS) in 2006.

Preventing the Spread of Virus’ and Germs: Bars have been identified as high-risk places for the spread of the coronavirus by the Texas Medical Association. That association produced a risk chart of activities and places and bars were ranked in the riskiest category. To clarify, it’s not the place exactly, but the practices and behavior that are at issue. This is what the Japanese Ministry of Health said in a public statement: “We noted many COVID-19 clusters were associated with heavy breathing in close proximity, such as singing at karaoke parties, cheering at clubs, having conversations in bars, and exercising in gymnasiums.”

All of these issues suggest the importance of abiding by capacity limits. It may be worthwhile for alcohol regulators to get to know the enforcement practices of the fire code. Perhaps those enforcing fire and other health codes can work together effectively. If excess crowding can be avoided, you may be able to prevent more fires, violence and spread of germs. As Patrick Lynch noted, a little more diligence on everyone’s part could make a big difference!

Learning From the Pandemic. Can We do More? Healthy Alcohol Marketplace