The Importance of History for Alcohol Regulation

We’ve all heard that history repeats itself. There do seem to be cycles. Ted Mahony, Chief Investigator for the Massachusetts Alcoholic Beverages Control Commission, traced his state’s regulations back to the 1600’s. The first liquor license was issued in 1628 and the first enforcement officer was appointed in 1694. He said his job was pretty much the same as it was 400 years ago! Back then they were concerned about intoxication and disorder in public houses. He noted there were “loose” cycles followed by “tighter regulation” cycles about every 30 years. This means that when regulations are loosened, consumption rises and we are likely to have problems with addiction, crime, domestic violence and public disorder. This usually leads to a move to tighten regulations.

There are many reasons why policy-makers should know their state’s history with alcohol regulation. Here are several:

After Prohibition, the primary responsibility for alcohol regulation was given to the states via the 21st Amendment. Many states formed a committee that looked at various options and made recommendations to their state’s legislature. In Oregon, those recommendations formed the Knox Report which documented the work of the committee and its recommendations. Washington state had a similar committee which produced the Steele Report. In Massachusetts, a 1933 Special Legislative Committee emphasized the importance of enforcement. They said, “In the last analysis any law to be successful must be honestly and efficiently enforced. Without such enforcement no law, however perfect in theory, will obtain the desired results.” They also advocated for a limitation on outlets: “We are strongly of the opinion that by limiting the number of licenses for the sale of alcoholic beverages at retail and for the sale of these beverages for consumption on the premises, safer control and closer supervision will be obtained.”

In addition, most states were influenced by the research and recommendations of Raymond Fosdick and Albert Scott in Toward Liquor Control. These documents are very helpful in understanding the origin and rationale for a lot of today’s regulations.

The marketplace conditions before Prohibition were fresh in the minds of policy-makers including members of the Supreme Court. 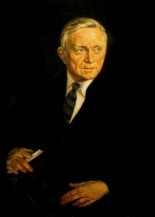 They remembered that local markets were dominated by large out-of-state companies. They recalled the aggressive sales tactics and the use of gambling and prostitution to lure customers. They were anxious to gain control of local markets to ensure these problems did not reoccur. The problem of the “absentee owner” was a topic of national discussion. Supreme Court Justice William O. Douglas discussed the negative impact of big companies on local communities in his dissent in the case of Standard Oil Co. v. United States (337 U.S. 293, 1948). He noted that local employees became responsible to “a superior in a distant place”. To avoid the problems of the “absentee owner”, states enacted measures designed to prevent vertical integration. That is why most states have a three-tiered system that requires each tier to be independent and separately licensed.

States took different paths to deal with alcohol. There were three general methods: a control system where the state owned and sold some or all of the product, a license system where the private sector sold the product, and state/local based prohibition. (Mississippi stayed dry until 1966; Oklahoma until 1959 and Kansas until 1948.) Many states recognize that alcohol problems impact local areas and, therefore, granted them the ability to adopt local provisions. For example, Georgia and Illinois are dual license states and allow local areas to have different laws. Other states are primarily regulated at the local level (Minnesota, Nevada). Finally, some states have local areas that are dry or partially dry.

Some policies are hard to understand without additional explanation. An example is a “post and hold” law, which is sometimes considered mere price fixing. However, it was designed to prevent price wars where various retailers would compete on price resulting in deeply discounted prices. We know from research that cheap alcohol can promote increased consumption and attendant problems. “Post and hold” laws discourage price wars and act as an enforcement mechanism for states that have a “uniform price law.” Uniform price laws require all suppliers to sell their products to all retailers at the same price. By requiring a supplier to post prices and hold them for a period of time lets everyone know what the prices are. And, a regulator can sanction the supplier if he or she changes the price during the hold period. This usually occurs when a supplier will lower the price to get additional sales.

History can help explain that problems have been prevented

Prevention is a very cost-effective strategy, but it’s hard to prove. History can help. For example, the three-tier system is often credited with providing very safe products. That is because it is a tightly closed system requiring products to only go from a licensed supplier to a licensed wholesaler to a licensed retailer. A search of history can show that we rarely encounter problems with tainted or counterfeit product versus other countries which have cases of sickness and death due to tainted products.

So do a little digging into your state’s history. Often you can find historical documents on the internet as well as old news articles that can illustrate the public discussions. And, remember that alcohol regulations are designed to achieve a balanced market that accommodates business needs but puts a priority on public health and safety.

It is especially important for lawyers involved in litigation regarding alcohol regulations to understand the history and to be able to articulate how the regulations relate to public health and safety.

Note: I can send a history PowerPoint for a webinar I did for NABCA. It is called “Unraveling the Mystery of US Alcohol Regulation.” Just email me at pam@pamaction.com and I will send you the PowerPoint.

Raymond Fosdick and Albert L. Scott, Toward Liquor Control originally published in 1933, republished by the Center for Alcohol Policy, 2011