Why is a “level playing field” for local alcohol markets an important goal for public health and safety?

Did you know that an important goal of alcohol regulation is a “level playing field” for business licensees? Do you know why it’s crucial for public health and safety?

Recently, the TTB (the federal alcohol regulator) produced a series of excellent videos for “trade practice regulations”. View them here.

In these videos, they emphasize that the goal of these regulations is, among other things, to create a “level playing field” for businesses that sell alcohol. A recent Supreme Court opinion indicated that state laws must be tied to public health and safety or other legitimate state interests in order to avoid dormant commerce clause challenges. This discussion reminds us about the role of tied house laws in the public health setting. See ruling here:

It is fairly easy to understand why states would want a level playing field for their local markets. Such a playing field allows all kinds of businesses the opportunity to be profitable, whether they be local small operators or large, national chains. But large chains have vast resources that increase their dominance and drive small operators out of business. In many states this is what you find in local markets for many commodities. Often there are just a few dominant businesses that are part of a national chain. Gone are a lot of independent flower shops, book stores, corner grocers, camera stores, etc. Even such things as marine and hunting supplies are hard to find unless you go to a big box store that may be located several miles away.

But achieving a “level playing field” is not easy when faced with the economic power of a large, national chain. That is why states and the federal government have adopted trade practice regulations. These regulations prohibit some of the practices which large companies often use to gain dominance over a local market. They include exclusive arrangements, financial ties (Tied House), commercial bribery and consignment sales. All of these practices are ultimately aimed at promoting increased sales usually at lower prices. Because greater sales of alcohol increase consumption, social problems get worse…more impaired driving, more underage drinking, more alcohol-related disease and greater addiction. This is how an uneven playing field creates public health and safety issues.

While low prices, discounting and loss leaders might be desirable for other products, they have adverse consequences for alcohol. This is especially true when large quantities are available and aggressively sold. And, large chains often use discounted alcohol as a way to attract consumers to their locations versus a competitors’.

We experienced severe social problems before Prohibition when alcohol was sold very aggressively with little regulation. Local markets were crowded with “saloons” that engaged in cut-throat competition. Various inducements were used to increase sales at the expense of workers and their families. After Prohibition, our leaders were determined to never again allow marketing tactics that created serious social problems. Trade practice regulations are designed to do that. They provide a mechanism that balances local markets. They tamp down cut-throat competition that would drive most businesses out of the market. They reduce the incentives to lower prices by prohibiting financial arrangements that would allow exclusive low prices for select businesses. The federal law references the concerns over public health by limiting what can be given to a retailer and requires the Secretary of the Treasury to have “due regard for public health.” 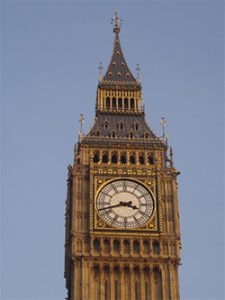 In recent times, we have seen how the lack of trade practice regulations have created unbalanced markets and severe social problems for the United Kingdom and the Russian Republic. The United Kingdom has had such problems for decades and health officials blame deregulation which allowed four large grocery chains to capture most of the alcohol market share. These chains compete fiercely, lowering the price, using alcohol as a loss leader and advertising extensively. Most of the recent prime ministers have attempted to quell the alcohol epidemic with little success. Even a large tax increase didn’t work because the large chains were able to get their suppliers to absorb the increase or they could offset the cost by increasing the price on other commodities. 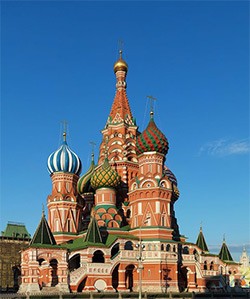 In Russia, the fall of the Soviet government in 1992, included the elimination of most alcohol regulation. In an unregulated environment alcohol was sold aggressively at reduced prices. The consequences were swift and serious. Life expectancy for Russian citizens–especially males–began to fall. It reached the point where age 57 was the expectancy for males. This meant that about half of all Russian men would die prematurely and the major cause was alcohol abuse. Given this crisis, the Russian Federation adopted several strong policies that were designed to assert control of local markets and curtail market practices that increased consumption. Since 2003, consumption has been reduced by 43%. This remarkable story of how alcohol policy works is chronicled in a World Health Organization case study. (See reference below.)